In June 2019, the first ABC Economy workshops were held in Tipperary (Horse & Jockey Hotel) and Monaghan (Hillgrove Hotel) to engage with farmers, food producers, and foresters. The aim of the workshop was to understand the opportunities and barriers to creating value from food production and forestry wastes.

The Tipperary workshop opened with a presentation on AgroCycle by Dr. Fionnuala Murphy followed by the Irish Bioeconomy Foundation by Filippo Giancarlo Martinelli. The Monaghan workshop featured a presentation by Peter Corcoran, CEO of MBio (Monaghan Biosciences). Percy Foster of Cré (Composting & Anaerobic Digestion Association of Ireland) presented information on the new Cré Compostable Certification Scheme. The main workshop discussion part of each morning focused on four main topics: Feedstocks, Markets, Logistics, and Knowledge & Communication. Participants separated into groups and discussed their opportunities and barriers under each topic. 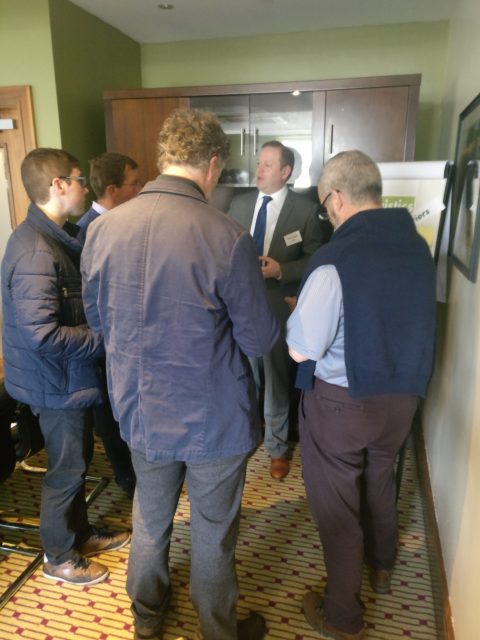 The opportunities and barriers were widely similar across Tipperary and Monaghan, with rural development a positive aspect, but lack of incentives blocking the uptake of new technologies. A major difference was the uncertainty of Brexit affecting Monaghan more than Tipperary.

Attendees in each county identified similar wastes produced in large quantities that could be turned into valuable products or energy using new or existing technologies e.g. livestock manure, chicken litter, and spent mushroom compost. The potential for carbon sequestration was also a shared environmental opportunity for both counties. However, the separation and characterisation of feedstocks were identified as key barriers. A lack of

appropriate incentives, tariffs, and subsidies were common difficulties to making value from wastes. The different standards required for feedstocks in Northern Ireland was a barrier specific to Monaghan. Also, the need to redefine “waste” as set down in legislation or ensure feedstocks do not become classified as wastes was a strong discussion point.

A common barrier felt in both counties was a lack of knowledge around funding and incentives to install new technologies. A shared understanding and trust building between food producers/foresters transforming “wastes” and companies accepting new formerly-waste products was emphasised. A lack of awareness along with misinformation and distortion of the market has led to skepticism and a slower uptake of bioeconomy schemes. Increased messaging on the benefits of the bioeconomy for local communities and rural regeneration would improve social acceptance. Also, the potential of younger generations supporting the “green-wave” could positively influence environmental policies. The importance of opportunities for networking, like these workshops, were highlighted to join up otherwise isolated stakeholders. 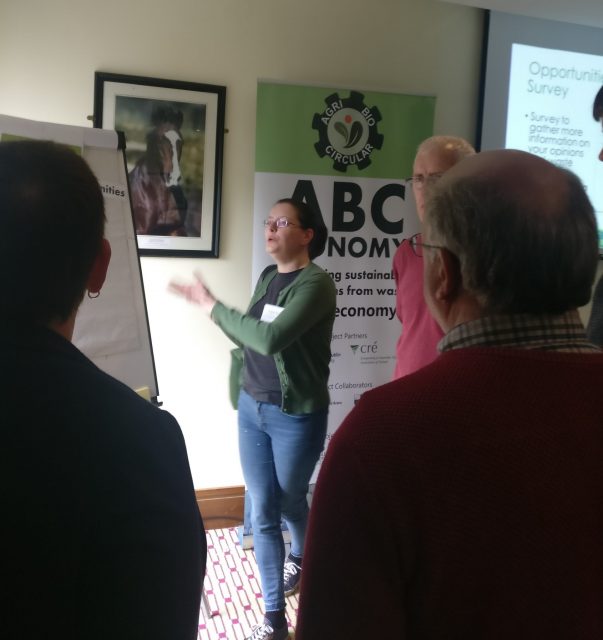 The isolation of many stakeholders underpinned the logistical barriers to developing biorefining/biogas/biobased plants in each county. Lack of infrastructure and restrictive planning permission and along with haulage costs were common difficulties highlighted. Spreading of manure to local soils is seen as a more convenient and cheaper option for farmers. A positive cost-benefit would entice farmers to transport to a biorefinery rather than land-spreading. Creating a hub to treat waste over a larger geographic region could provide positive economies of scale to generate a system change. A potential hard border in Northern Ireland restricting the movement of wastes was a barrier specific to Monaghan.

The marketing of new products would be significantly affected by a hard border in Northern Ireland. The group saw value in creating new products like bioplastics, fertilisers, and high-value products (e.g. enzymes). There was also strong support for managing waste on a local level and closing the loop on fertiliser and energy. The prospect of new job opportunities, local co-ops, and start-up companies appealed to stakeholders. However, the main issue slowing the expansion of biomass markets is the lack of financial incentives and subsidies to aid investment in bio-waste processing.

We use cookies to ensure that we give you the best experience on our website. If you continue to use this site we will assume that you are happy with it.Got it!Privacy policy